KICS is currently looking for leaders to join our team for 2022-2023 school year. Are you a mission-driven educator with a call to serve in Rwanda? Please click HERE to find all the information you need about working at KICS.

The vision of Kigali International Community School (KICS) began in November 2005 as expatriate Christian families came together to seek answers for their children’s educational needs. 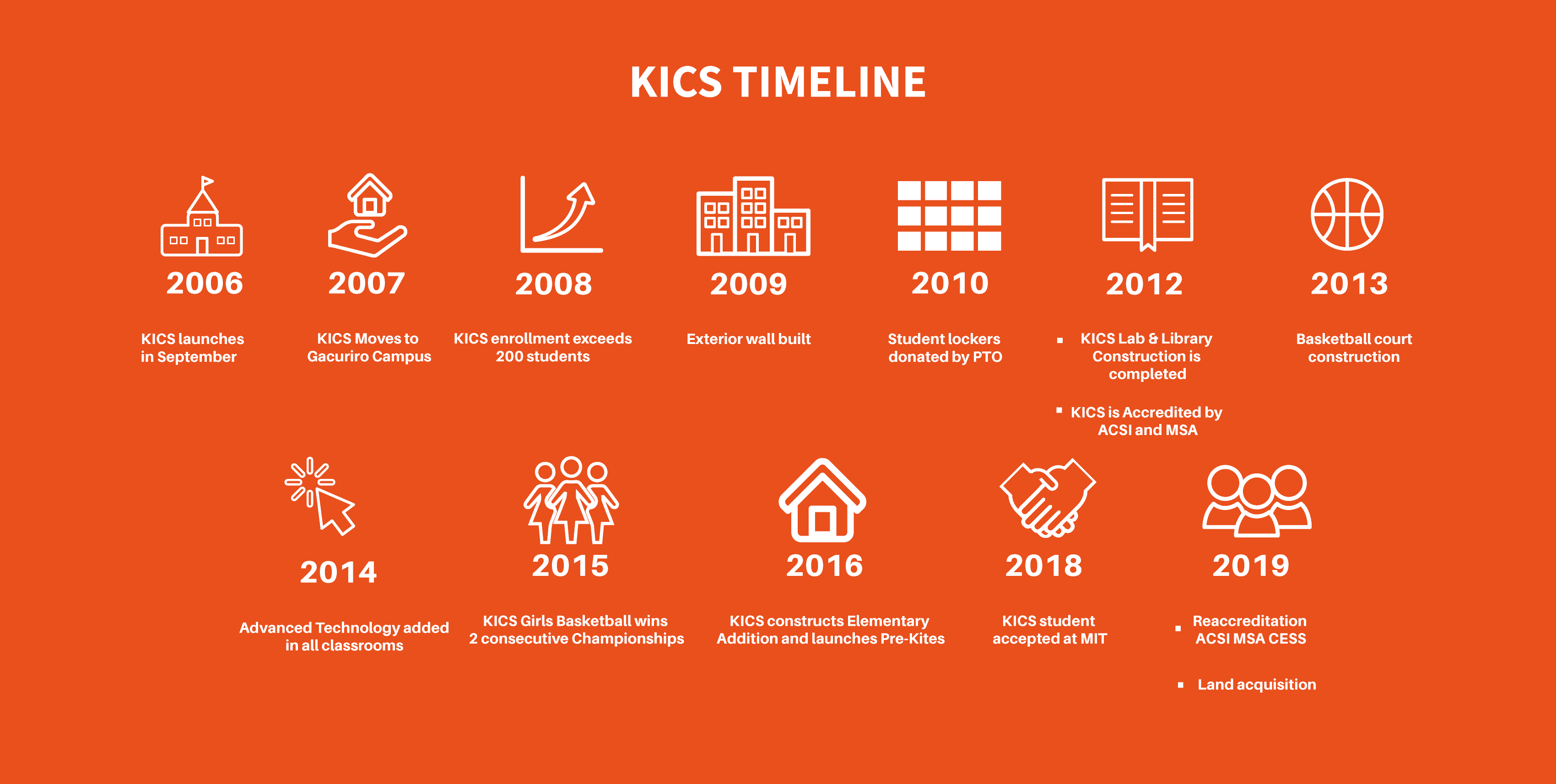 By January 2006, these families began several student clusters in a home-school cooperative.  In September 2006, these clusters joined at a four-bedroom home being used by Food for the Hungry International (FHI) in Kacyiru and KICS was launched.

In September 2009, ROC Partners became the owner agency of KICS after purchasing the current campus in 2007.  This alignment of property and institutional ownership solidified KICS’ position as a legitimate institution to its host nation.

In February 2010, the accreditation process officially began, and by January 1, 2012, KICS was accredited through ACSI & MSA.

In 2016, KICS launched His Vision Our Future as part of its 10 Year Anniversary.  His Vision our Future will ensure that KICS stands for generations to come, to prepare servant-leaders to impact the world for Christ.

To accelerate KICS towards this, in early 2018, Virginia-based 501(c)3, B2THEWORLD became an owner agency of KICS alongside ROC Partners.  In the spring of 2019 KICS hosted its accrediting bodies ACSI (Association of Christian Schools International) and MSA (Middle States Association- Commissions on Elementary and Secondary Schools) as the last step in the completion of a self-study for reaccreditation and received another 7-year accreditation.

KICS' history inspires us to appreciate how far the Lord has brought this community thus far.